Your Brand: A Cautionary Tale

It’s been awhile since I’ve talked about branding around here, but that doesn’t mean we shouldn’t all be thinking about it. Your brand is the image you project to everyone around you. It’s the way people think about you and your company. As painters are ramping up for the summer season, now seems like an appropriate time for a real-life anecdote…

Who’s At the Door?

A Cautionary Tale of Branding 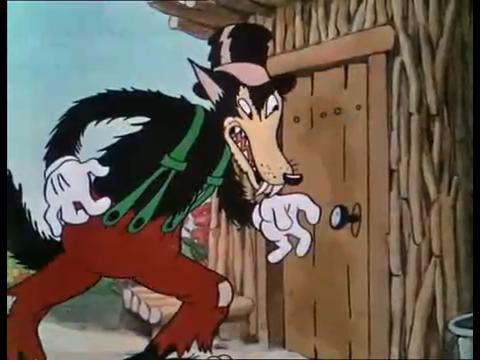 It was a dark and stormy night (okay, maybe it wasn’t, but it hardly matters). It was just after 6 pm and 15 year-old Ellen was home watching TV; her Mom was still at work. Suddenly the doorbell rang. The dogs, Nacho and Chili, started barking and ran to the front door. Ellen stayed where she was on the couch. She never answered the door unless she was expecting a friend or a pizza. From her spot in the family room, Ellen was out of sight behind a half wall, but she glanced over the wall and caught a glimpse of a bearded man wearing a hat. A few moments went by and then the mystery visitor knocked “Shave – and – a- haircut – two – bits”. Nacho and Chili embarked (pun intended!) on a new round of howling and it made Ellen more than a bit nervous. Then, it happened: he tried to open the door. Jimmy – jimmy – shake on the handle. The dogs went berserk! Ellen cowered on the couch.  The door was dead-bolted, and that fact paired with the defensive forces of Nacho and Chili* seemed to deter the would-be intruder.

A couple hours later, Rhonda finished work and called her daughter. Ellen recounted the terrifying experience and Rhonda rushed home (taking liberties with some of the local traffic laws), the whole way thinking, “We have to call the police. I wonder how much detail they’ll need. Did anyone else report this guy? Why didn’t Ellen call 911? What if he had actually broken in? We need bigger dogs…”

All thought stopped when she pulled into the driveway, though. Not sure whether to laugh or cry, Rhonda settled on a facepalm. Shaking her head, she got out of the car, unlocked the front door, and removed the flier for a local painter that had been wedged into the door jamb as she walked inside. (With a combined weight of 26 lbs, Chili and Nacho are very confident in their ability to ward off intruders.)

Yes, that actually happened. Moral of the story: Everything you do – everything your team members do while wearing your company logo or driving the company truck – affects your brand. Your brand is your company’s reputation – the impression others have about who you are, what you’re like, what it’s like to work with you. If someone sees your company truck cutting off other drivers on the road, that influences the opinion they have of your company. You don’t want to be the painters who cut off other drivers. You also don’t want to be the painters who tried to break in or the painters who scared the kids. Make a good first impression. Your brand thanks you.

Last year we did a 3-part blog series on branding. You can check out those posts here: